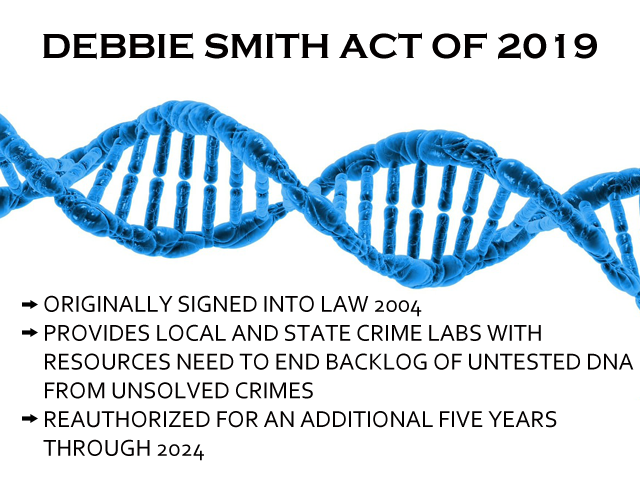 The Debbie Smith DNA Backlog Grant Program provides funding to support public crime laboratories’ work to build capacity and process DNA evidence, including evidence collected in rape kits. Since its enactment in 2004, the Debbie Smith Act has been renewed twice with overwhelming bipartisan support. While the Debbie Smith Act is authorized to provide up to $151 million in funding per year through Fiscal Year 2019, Congress appropriated just $117 million in FY 2015. Through amendments passed in 2013 as the SAFER Act, the Debbie Smith Act raised the minimum amount of funding that must go to testing and capacity-building activities. In addition, the Act supports audits of evidence awaiting analysis at law enforcement agencies and charges the Justice Department with the task of developing national testing guidelines.

“Since 2004, the Debbie Smith Act has had considerable success. According to advocates, almost 200,000 sexual offenders have been identified, and over 40% of all DNA matches since 2005 were because of resources that became available because of grant money.” ABC News

“The current [Debbie Smith Act] bill authorizes the Justice Department to spend up to $151 million in grants to states and localities for costs associated with testing DNA evidence, to include employee training and equipment for labs to increase their testing capacity.” Washington Post 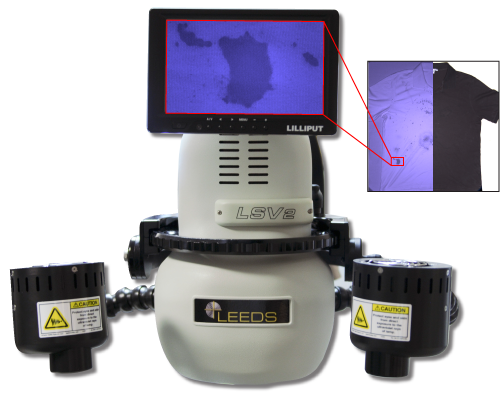 Based on the statement from the Washington Post, forensic labs may be able to purchase equipment, such as Leeds LSV2, using Debbie Smith Act funding.